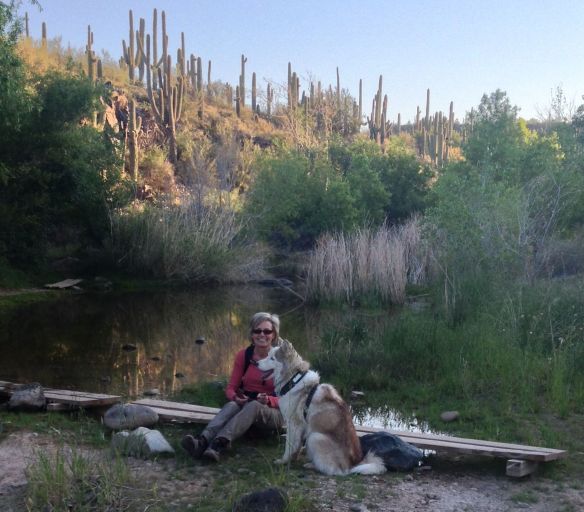 Arizona is just beginning to grow hot right now, but it is where I belong. It is where I find peace and refuge. Join me as I reflect back to the beauty of the dwelling I call home (June 2013).

I am on my way home. Heading across the country at 34,000 feet, destined for one of the warmest areas on our continent. Arizona is hot right now, but it is where I belong. It is where I find peace and refuge. There’s nowhere I would rather be tonight, even with tomorrow’s forecast high of 118 degrees. This night, I focus on my relationship with my home.

Often I wonder what makes one connect with a certain environment, culture or terrain. For some, it’s the place where they were born and raised, the mother anchor that, regardless of the journey traveled, feels like the only safe womb on the planet. But there are others who, like me, chose an adopted home.

I grew up in the Midwest, in a small town near (but not a part of) prairie farmlands. As a child I held a strong vision of moving west, even though I never traveled more than 30 miles from home until my late teens. My longing to be in the West was certainly influenced by the dreams of my Dad, who also had not traveled far except while he was a youth in the military. He suffered greatly from arthritis and longed to live where it was warm. The sad irony is that I was able to finally visit Arizona in his last year of life, and I moved there shortly after he passed away. In the many  years since then, I’ve traveled enough to know where I’m most at peace. My desert, my home.

Of course, one’s choice of home has much to do with the people who inhabit it. My beloved husband and dogs are waiting for me tonight, and my friends are surely ready to re-engage in our happy routines. Yet there is more to this. The place itself carries a resonance that is palpable and real.

Where or what is your home? Whether or not you are there right now, feel it’s cocoon, its blanket, or its invitation. Consider your own relationship with the beauty of the dwelling place that calls you, as Arizona’s splendor calls me.