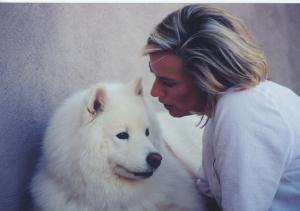 Today’s post is for those of you who wrote to ask (or wondered silently), what specific “blessing” I received and only alluded to it in my post Just Ask.

In that piece, I wrote of having just completed the first experiment in Pam Grout’s bestseller, E2. It was a huge success, as I received the “unexpected gift” that was a result of my clear and unattached intention. But I did not share what happened.

First, a quick explanation of why I left out that small detail.

If you read my post We Are Our History, you’ll know that despite blogging weekly about my own life lessons, there are some things I hold private – often for no reason at all. It has not been easy to tell my whole story.

But the second was a logistical one. In order to explain the enormity of what I received, you need some context. So, indulge me if you will. The whole thing began with a synchronistic occurrence five months ago when I received a call that set me on a mission in which I finally opened a door that had been beckoning me for years. It was a mission to fundamentally change our society’s behaviors and attitudes toward animals.

Awareness precedes action. It’s a gentle knock at first, then it can’t be ignored.

My awakening to the plight of animals was slow, and my admittance of the inconvenient truth even slower. Though I adopted my first shelter dog, Erik, in 1988, I didn’t give a lot of thought to the numbers of dogs in similar need. I felt as long as there were rescue groups, spay/neuter programs and education, we were making progress.

Over time, my eyes were opened wide. Little by little, I couldn’t deny the truth.

Ten years ago, I received a call to emergency foster a malnourished and terrified malamute from an Arizona puppy mill. The operation had been shut down due to flagrant abuse and neglect, and the owner jailed. We quickly grew to love beautiful Whisper, but in less than a week she died, tragically, after giving birth to dead puppies at our home. Ally of ARA husky rescue in Los Angeles says it best: “These precious souls are not ATM machines.”

Still, I held back.

One day some years later, I read Kathy Freston’s book, Quantum Wellness, and finally acknowledged the horrors of factory farming. When the student is ready, the teacher appears. She happened to be that teacher.

So I stopped eating meat, continued to foster the occasional dog, and donated to whatever animal cause struck an emotional chord. But something gnawed at me – when I let it invade my consciousness.

More years passed. My husband Arthur adopted two rescued horses. The first, saved from a feedlot, gained 300 pounds after coming to live with us. He now rules our barn. The second, a victim of the cruel sport of tripping, came to us crippled and arthritic, with a broken spirit. Arthur restored his spirit, and Duke knew love for the rest of his life.

We were doing our part, right? That was more than just a rationalization. We were – and are – doing something meaningful. But for me it wasn’t enough.

In April of this year, I was working with a client to help her decide on a second career after a job elimination. She thought she might want to work for a non-profit, though nothing she had run across felt particularly compelling. I asked her a question.

“What is it that you can’t not do before you leave the earth?”

Eventually she found an answer, and left our meeting with a plan. But the very moment I asked the question, I knew I had to answer it for myself. I finally realized that before I leave this earth, I must do something to cause fundamental change for animals. It was a commitment I was finally ready to make.

As things go when one truly commits, (and as the book E2 promises), that very afternoon, when my client left to catch her plane, I checked my voice mail. I had a message from a colleague asking if I had an interest in joining the Humane Society of the United States (HSUS) as an AZ Council member.

Everything I had done brought me to this point in time when I could make a profound difference for animals. I said yes. That was in May.

Soare you still asking, “What is the punch line?” Okay, here goes.

Since May, in my opinion, I have done little that’s tangible. I have been studying the issues and building relationships.

But the day my “blessing” was due, I got an email asking me to present to board and council members at an HSUS conference in Washington DC. When I asked why, I was told, “We want our members to be inspired by your story.”

As this post is being published, I am doing just that. And there you have it. The rest of the story.

2 thoughts on “The Rest of the Story”